Panel#1 – Evolving NFV: the relentless march toward cloud-native, expansion into the edge, and autonomous networking Don Clarke (Moderator) is an independent consultant specializing in telecommunications technology and business strategy. Prior to moving to the United States in 2014 to join the cable industry he had a long and varied career as an R&D leader at BT Laboratories in the UK. At BT he initiated and led the global Telecom industry NFV collaboration and was editor of the paper published in October 2012 co-authored by 13 global carriers which coined the term “Network Function Virtualization (NFV)” and outlined the industry vision. This paper is widely regarded as the seminal document heralding cloud networking as the future direction for telecommunications networks. He led the operator group which founded the ETSI NFV Industry Specification Group and co-founded Open Platform for NFV (OPNFV now Anuket), the leading open-source NFV integration project. Don holds a BSc. in Computer Systems from the University of Essex, and is registered as a Chartered Engineer in the UK. He has authored 10 patents and numerous papers over the course of his R&D career. 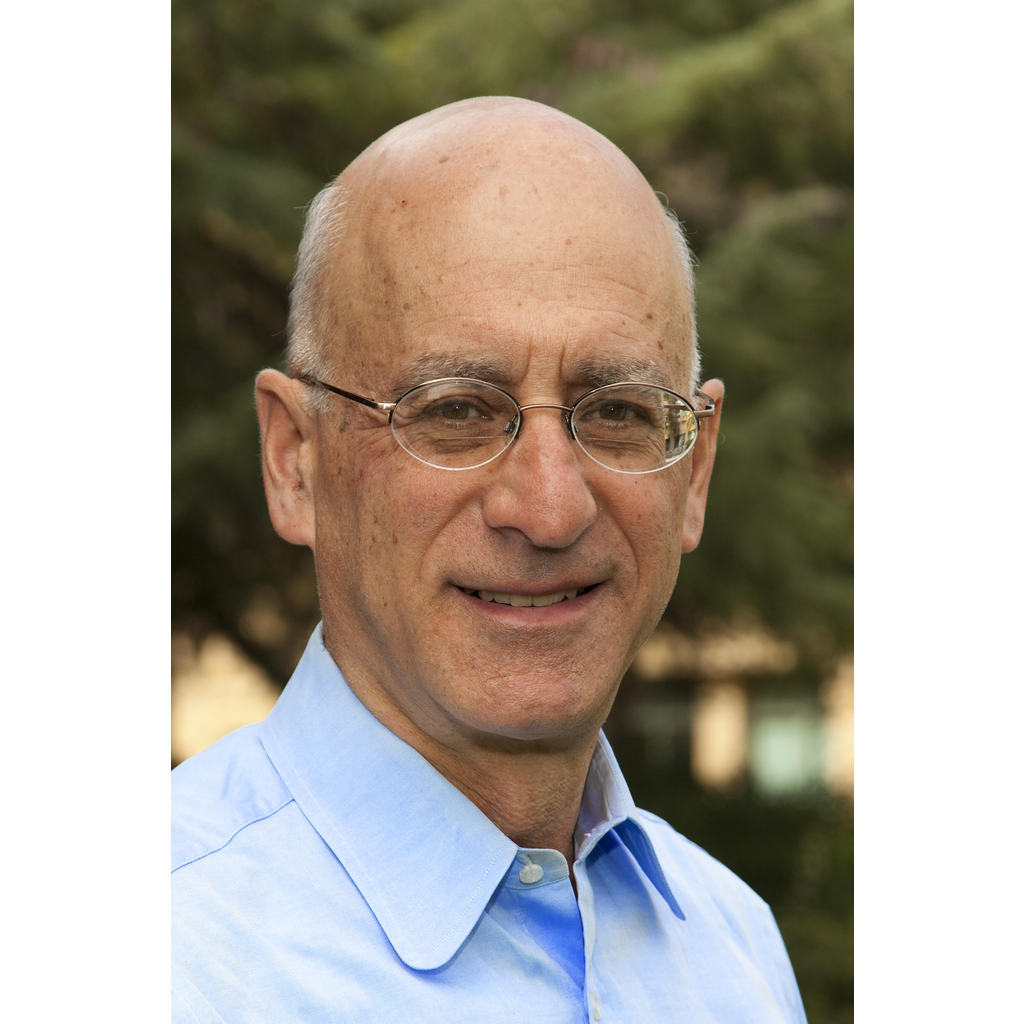 Dan Pitt has been a leading voice of the SDNFV movement since its inception. He served as Executive Director of ONF from its public launch in 2011 until 2016 and since 2017 has been Senior Vice President of MEF (officially now retired but very active including running the Lean NFV project). As president of Palo Alto Innovation Advisors and Executive in Residence at the Plug and Play Tech Center, Inc. he advises private and public companies to commercialize new ideas. Prior to ONF he ran startup companies in Silicon Valley, Australia, and Canada and served as Dean of Engineering at Santa Clara University. He held executive management roles at Nortel Networks and Bay Networks, developed and managed networking technology and HP and IBM, and taught computer science and electrical engineering at Duke and UNC. He holds a B.S. in mathematics from Duke and M.S. and Ph.D. degrees in computer science from the University of Illinois and is a Fellow of the IEEE.

Dario Sabella works with INTEL as Senior Manager Standards and Research, driving new technologies and edge cloud innovation for advanced systems, involved in ecosystem engagement, and coordinating internal alignment on edge computing across standards and industry groups. In February 2021 he has been elected as Chairman of ETSI MEC (Multi-access Edge Computing), while from 2019 he was serving as vice-chairman, previously Lead of Industry Groups, and from 2015 vice-chair of IEG WG. Since 2017 he is also delegate of 5GAA (5G Automotive Association) and the Lead of gMEC4AUTO in 5GAA. Before 2017 he worked in TIM (Telecom Italia group), as responsible for various research, experimental, and operational activities on OFDMA technologies (WiMAX, LTE, 5G). Author of several publications (40+) and patents (30+) in the field of wireless communications, energy efficiency, and edge computing, Dario is IEEE senior member and has also organized several international workshops and conferences.

Dr. Joan Triay is a network architect and manager at DOCOMO Euro-Labs, in Munich, Germany, which he joined in 2012, and where he is currently involved in standardization and development activities spanning different areas such as network virtualization, mobile communication networks, and 5G network management and orchestration. Before joining DOCOMO Euro-Labs, Joan had been a visiting fellow at the University of Essex, UK (2009-2010) and a visiting researcher at the University of Massachusetts, Dartmouth (2010-2011) sponsored by a Fulbright fellowship. Joan is currently serving as the Technical Manager of ETSI NFV, a standardization group that he joined as a delegate from the very beginning (2013), and in which he has been participating actively in developing the NFV concepts and standards. Joan holds an M.Eng. in Telecommunications Engineering (2006), an M.Sc., and Ph.D. in Telematics Engineering (Computer Networks) (2007 and 2011, respectively) all from Universitat Politècnica de Catalunya (UPC), BarcelonaTech, Spain. Bruno Chatras (Moderator) is a senior standardization manager at Orange Innovation and a senior member of the Orange Experts’ community on Future Networks. He is the Chairman of the ETSI Industry Specification Group on Network Functions Virtualisation (ETSI NFV ISG) and the Chairman of the ETSI Technical Committee on Network Technologies (NTECH).  Bruno has over 35 years of experience in the telecom industry and joined France Telecom / Orange in 1985, where he started his career by developing standards for GSM core networks. Since then he held several management positions within Orange, where he led the Intelligent networks R&D Unit and has been Vice-Chairman of the ETSI Technical Committee on NGN and ITU-T Rapporteur for Intelligent Networks.  Bruno is the author of several patents and numerous papers and presentations in the area of network architectures and protocols. He is also giving regular lectures on network architectures and technologies at several universities and engineering schools in France.

Gerald Kunzmann is a Senior Network Architect at NOKIA Strategy & Technology and has leadership positions in Nokia’s 5G advanced and 6G research & standardization programs. Gerald also serves as a NOKIA delegate to 3GPP WG SA2 with focus on network automation, artificial intelligence, and machine learning. Gerald has more than 15 years of experience in telecommunications industry and academia including his PhD degree, which he received from the Technische Universität München (TUM). Gerald had been working in NTT DOCOMO Eurolabs in Munich, where he was responsible for various European IST research projects, university collaborations, and open source projects on topics such as information-centric networking, Quality-of-Experience (QoE), network management, and Network Functions Virtualization (NFV). Between 2015 and 2020, he was acting as a delegate in ETSI ISG NFV. Moreover, Gerald is (co-)author of numerous patents and scientific publications in the mentioned areas.

Marie-Paule Odini is a Distinguished Technologist in HPE Communication Technology Group (CTG) focused on customer innovation and emerging trends in the communication industry including NFV, SDN, IoT, AI, and 5G. She holds a worldwide position and drives technical discussions towards 5G with customers and inside HPE around strategy and roadmaps. She also leads CTG standard and opensource group, being personally active in many different forums including ETSI, GSMA, TMForum, NGMN, TIP, 5G Americas, and ATIS. She held key positions such as ETSI NFV Vice Chair, IEEE SDN Chair, TIP E2E network slicing co-chair, 5G Americas, and GSMA Telco Edge key contributor. Prior to HPE, she worked in France Telecom/Orange labs in charge of Value Added Services for Corporate Enterprise. She holds a Master’s Degree in EE from Utah State University. She is also teaching telecom at the university.  Marie-Paule is also very concerned with climate change and environmental impact, participating actively to HPE Living Progress program and other personal engagements.

Prof. Tarik Taleb is a Professor at the School of Electrical Engineering, Aalto University, Finland. He is the founder and director of the MOSA!C Lab (www.mosaic-lab.org). He is also a Professor at the Center of Wireless Communications, University of Oulu, Finland. Prior to his current positions, he was working as Senior Researcher and 3GPP Standards Expert at NEC Europe Ltd, Heidelberg, Germany. Before joining NEC and till Mar. 2009, he worked as an assistant professor at the Graduate School of Information Sciences, Tohoku University, Japan, in a lab fully funded by KDDI, the second largest mobile operator in Japan. From Oct. 2005 till Mar. 2006, he worked as a research fellow at the Intelligent Cosmos Research Institute, Sendai, Japan. He received his B. E degree in Information Engineering with distinction, M.Sc., and Ph.D. degrees in Information Sciences from Tohoku Univ., in 2001, 2003, and 2005, respectively. Prof. Taleb’s research interests lie in the field of telco cloud, network softwarization & slicing, network function virtualization, software-defined networking, and cloud computing. 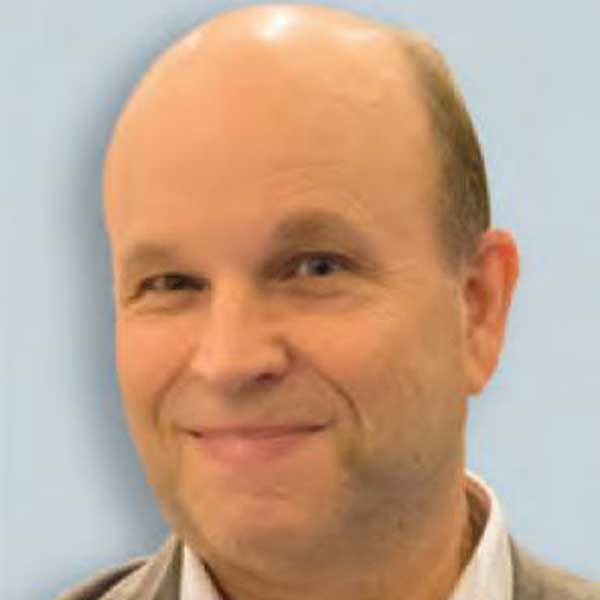 Thomas Tovinger holds a Master of Science in Engineering Physics with Computer Science specialization and has worked for Ericsson with OSS software & system design since 1980. He started with GSM management standardization in ETSI 1993 and joined 3GPP SA5 (Management, Orchestration and Charging standardization) in 1999.  From 1999 to 2015 Thomas was rapporteur and chair of various SA5 work items and Sub Working Groups, and in August 2007 he was elected vice-chair of SA5, a role which he held until 2015. In August 2015 Thomas was elected chair of SA5, a position which he has held until today.