Softwarization and Virtualization in 5G and Beyond Mobile Networks

Abstract. A big step lies ahead when moving from today’s 4G cellular networks to tomorrow’s 5G network. Today, the network is used for content delivery, e.g. voice, video, data. Tomorrow, the 5G network (and possibly beyond that) will be fully softwarized and programmable, with new degrees of freedom.

The aim of the tutorial is to illustrate how the emerging paradigms of Software Defined Networking, Network Function Virtualization, and Information-Centric Networking will impact on the development of future systems and networks, both from the theoretical/formal as well as from the practical perspective. The main focus will be on mobile networks, i.e. 5G and beyond.

The tutorial will provide a comprehensive overview of the individual building blocks (software-defined networking; network function virtualization; information-centric networks) enabling the concept of computing in future networks, starting from use cases and concepts over technological enablers (Mininet; Docker) and future innovations (machine learning; network coding; compressed sensing) to implementing all of them on personal computers.

Practical hands-on activities will be proposed, with realistic use cases to bridge theory and implementation by several examples, through the usage of a pre-built ad-hoc Virtual Machine (ComNetsEmu) that can be easily extended for new experiments. The instructions to download the Virtual Machine will be provided in advance of the event.

The main objective of the tutorial will be to expose attendees to the most recent technologies in the field of networking and teach them how to use them in a real setup in the “hands-on” session.

A related book written by the two presenters “Computing in Communication Networks” is available, and it provides an in-depth description of the concepts and hands-on activities presented in the tutorial, to enable interested attendees to learn additional details on the reviewed technologies.

– On the Need of Computing in Future Communication Networks

– Hands-on on SDN and NFV 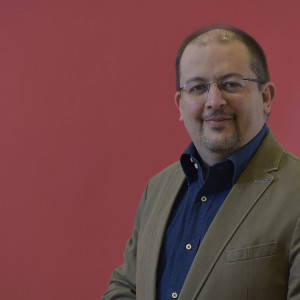 Fabrizio Granelli is an Associate Professor at the Dept. of Information Engineering and Computer Science (DISI) of the University of Trento (Italy). From 2012 to 2014, he was Italian Master School Coordinator in the framework of the European Institute of Innovation and Technology ICT Labs Consortium. He was Delegate for Education at DISI in 2015-2016 and he is currently a member of the Executive Committee of the Trentino Wireless and Optical Testbed Lab. He was IEEE ComSoc Distinguished Lecturer for 2012-15, IEEE ComSoc Director for Online Content in 2016-17, and IEEE ComSoc Director for Educational Services in 2018-19. Prof. Granelli is the coordinator of the research and didactical activities on computer networks within the degree in Telecommunications Engineering. He was the advisor of more than 80 B.Sc. and M.Sc. theses and 8 Ph.D. theses. He is the author or co-author of more than 250 papers published in international journals, books, and conferences in networking, with particular reference to performance modeling, cross-layering, wireless networks, cognitive radios and networks, green networking, and smart grid communications. 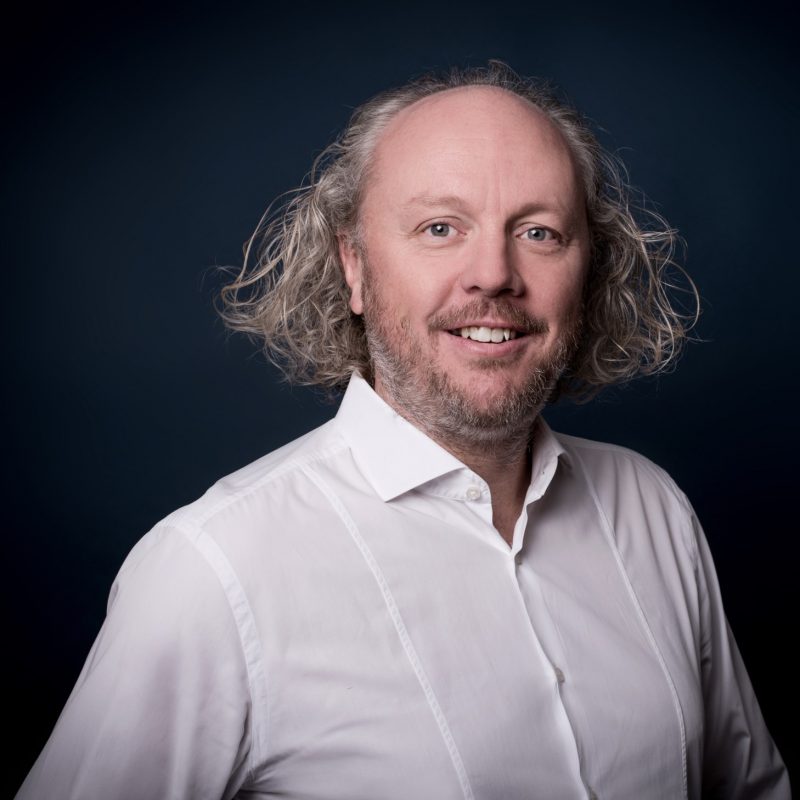 Frank H. P. Fitzek is a Professor and chair of the communication networks group at Technische Universität Dresden coordinating the 5G Lab Germany. He received his diploma (Dipl.-Ing.) degree in electrical engineering from the University of Technology – Rheinisch-Westfälische Technische Hochschule (RWTH) – Aachen, Germany, in 1997 and his Ph.D. (Dr.-Ing.) in Electrical Engineering from the Technical University Berlin, Germany in 2002 and became Adjunct Professor at the University of Ferrara, Italy in the same year. In 2003 he joined Aalborg University as Associate Professor and later became Professor. He co-founded several start-up companies starting with acticom GmbH in Berlin in 1999. He has visited various research institutes including the Massachusetts Institute of Technology (MIT), VTT, and Arizona State University. In 2005 he won the YRP award for the work on MIMO MDC and received the Young Elite Researcher Award of Denmark. He was selected to receive the NOKIA Champion Award several times in a row from 2007 to 2011. In 2008 he was awarded the Nokia Achievement Award for his work on cooperative networks. In 2011 he received the SAPERE AUDE research grant from the Danish government and in 2012 he received the Vodafone Innovation prize. His current research interests are in the areas of wireless and mobile 5G communication networks, mobile phone programming, network coding, cross-layer as well as energy-efficient protocol design, and cooperative networking.

Abstract. With NFVs morphing into containers, the numbers game is mind-boggling. With cloud-native microservices model, the functionality done in one NFV is done in multiple containers. Also the speed with which those containers can be brought up and down brings interesting scenarios for life time of the IP addresses with which SDN reaches those micro-serviced, containerized NFVs. In this presentation, we will go over the choices of reach that SDN has in the dance with cloud orchestrator and interesting challenges it overcomes. We will also talk about programming frameworks to program heterogeneous platforms and the use of AI-Enabled Edge Computing for Future Networks. 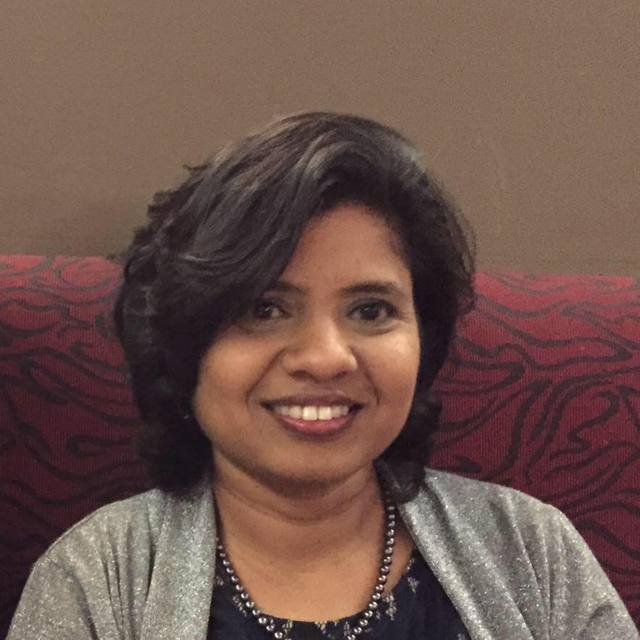 Sujata Tibrewala is an Intel community development manager and technology evangelist who defines programs to enable ecosystem developers to drive AI/ML. With OneAPI being the latest program she has taken the responsibility of evangelizing. She is a co-chair for IEEE Edge Automation Platform Roadmap, for Beyond 5G Technology Roadmap. Under her leadership, Intel Network Developer Evangelism program was nominated for Network Transformation Awards 2018 and received the Edison award and the Network Developer Dynamo award at Intel. She is a frequent presenter at various IEEE and industry conferences in SDN/NFV,  and has held positions of Director at Silicon Valley Engineering Council and TSC chair for Documentation Sub-committee Akraino. Sujata has worked at several companies, including CISCO, Agere, Ericsson, Avaya, Brocade, leading all phases of diverse software technology projects such as an SDN open flow implementation, TCP/IP/Ethernet/VLAN forwarding software development on CISCO switches, and network processors and cloud deployments using virtualization technologies. She has a Masters from IISc Bangalore and Bachelors from IIT Kharagpur and has completed an Executive Women Leadership Program from Stanford. 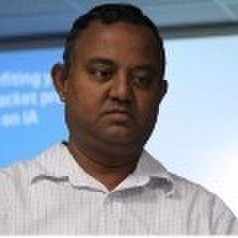 Mr. Prakash Ramchandran: Secretary and Co-founder. Known for his startup mentality and experimenting on the job and is a clear innovator known across as mover and shaker. Currently, Sr. Member IEEE CS, CommSoc, Co-chair Edge Service WG, Nextgeneration Future Networks, and active contributor to Optics as well AIML for the last 3 years, can review recordings therein for Podcasts, Webinar & white papers.  He is an IITB alumni M.TECH (EE Communication) – 1980 batch professional. He is hands-on and a well-known speaker in the industry on Technology matters. Last 15 years his focus on Cloud, telco, edge, IoT & 5G suddenly moved to Education, Health & Fintech in the post-pandemic era, which he used to handle as part of ICT Consulting in the 2000s. His vision is 2030 to deliver on India’s promised GDP of 10 Trillion. He has helped build teams all around the US, India, China and widely traveled globally. His current focus is to work with the President and Exec team to guide India to its deserved place in the global scheme of both the Material and Abstract world of Indian philosophy to serve for a greater cause beyond self.

Abstract. Network operators are in the transition of incorporating SDN capabilities into production networks. Despite there having been intensive research in the area, now it is time of defining ways of making SDN operational and sustainable in the context of service provider’s networks. This tutorial presents the steps done by Telefonica in that direction, then presenting real experiences and directions taken from an operator perspective.

The tutorial can serve both academic and industrial audiences on understanding the evolution of real operational telecom networks to adopt the principles of programmability and automation following a standard-based approach for guaranteeing smooth integration from a diverse variety of equipment implementation and well as with upper systems (OSS/BSS). The tutorial will guide the audience through the process followed in Telefonica with that purpose, together with wider initiatives in the industry to foster the adoption of the standard-based approach. The tutorial will cover present use cases as well as future ones, describing the expected roadmap of the control capabilities considered.

Dr. Óscar González de Dios received his M.S. degree in telecommunications engineering and Ph.D. degree (Hons.) from the University of Valladolid, Spain. He has 20 years of experience in Telefonica, where he has been involved in a number of European research and development projects (recently, STRONGEST, ONE, IDEALIST, Metro-Haul, TeraFlow). He has co-authored over 100 research papers and 17 IETF RFCs. He is currently the head of SDN Deployments for Transport Networks, called iFUSION in Telefonica Global CTIO. His main research interests include photonic networks, flexi-grid, interdomain routing, PCE, automatic network configuration, end-to-end MPLS, the performance of transport protocols, and SDN. He is currently active in several IETF Working Groups such as OPSAWG and TEAS and is the Co-Chair of CANDI WG in OOPT Telecom Infra Project.

Mr. Samier Barguil is a PhD Candidate from the Universidad Autonoma de Madrid. Holds a Master in Science (M.Sc.) in Industrial Automation of the Universidad Nacional de Colombia and currently is the IP SDN Technical Leader at Wipro Technologies Ltd.

Dr. Luis M. Contreras is a Telecom Engineer (M.Sc.) by the Universidad Politécnica of Madrid, and holds a M.Sc. and a Ph.D. on Telematics from the Universidad Carlos III of Madrid. Since August 2011 he is part of Telefónica I+D / Telefónica CTO unit, working on 5G, SDN, virtualization, transport networks, and their interaction with cloud and distributed services, as well as on interconnection topics. Before the position in Telefónica he worked in Alcatel and Orange Spain. He is actively involved in research and innovation activities, with 70+ papers published in relevant journals, magazines, and conferences. He has participated on the projects funded by the EU and the ESA. Currently, he is working on the projects EU H2020 5GROWTH, EU-TW 5G-

DIVE, and EU GNSS ROOT. In the standardization arena, he is an active contributor to IETF, ETSI, ITU-T, and ORAN.